Last Child in the Woods, by Richard Louv

This American book is a cogent, well-researched explanation of the many ways that kids benefit from contact with nature, the problems if they don’t, and ways to tackle the problem.

Nature Deficit Disorder: what it is, how it arises

Louv coined the term Nature Deficit Disorder: this is a persuasive and upsetting account of a widespread problem. He cites numerous studies, from the US and Europe: for example, the percentage of children regularly playing outdoors has dropped dramatically. For example, a US study showed that 70% of today’s mothers recall playing outdoors every day as children, but only 26% said their own kids play outdoors daily. Also the area of outdoors where children play has been hugely constricted: instead of the great outdoors, many kids are only playing in their small backyard or school playgrounds.

Why is this happening? He observes that many parents convey fear messages about nature, for example ‘stranger danger’. Many ‘play’ activities of forty years ago – climbing trees, lighting bonfires, building tree houses, may now be seen as dangerous, damaging, even illegal: his third chapter is called The Criminalisation of Natural Play.

And even nature education may be a problem. David Sobel, one of the US experts in this field, says: “If we fill our classrooms of examples of environmental abuse, we may be engendering….dissociation. In our zest for making them aware of and responsible for the world’s problems, we cut our children off from their roots”.

Louv also quotes a chilling comment by leading environmentalist Theodore Roszack: “Environmentalists, by and large, are very deeply invested in tactics that have worked to their satisfaction over the last 30 years, mainly scaring and shaming people…” Put another way, it’s easy for environmentalists to see children as part of the threat to nature, not as the potential future guardians of it.

The damaging effects of Nature Deficit Disorder (NDD) can be deduced from numerous studies showing the benefits of contact with nature. So read on!

Some good news: the many benefits of nature contact

Louv offers numerous solid examples of this. A 10 year study in 160 US schools showed that environment-based education had substantial benefits on academic learning and such wider skills as critical thinking, problem solving and decision making, social skills, and also reduced disciplinary issues. Both children and adults gain a greater sense of wellbeing from time in nature – and even from views of it.

The Finnish school system puts high emphasis on play and outdoor learning, and doesn’t start formal education until age 7. Yet in a 2003 OECD review, Finland scored first out of 32 countries for literacy, and in the top five for maths and science.

There is also good research in the US showing the benefits of nature contact on ADHD (Attention Deficit Hyperactivity Disorder) which is now a major issue for many children in the US and elsewhere.

Louv points out that the major growth in problems of nature deficit disorder and obesity among US children have coincided with major growth in the number of kids participating in organised outdoor sports, so one of his key points is that the need is for unstructured experiences, and exposure to wild nature where possible. He quotes the “loose-parts” theory of play, invented by UK architect Simon Nicholson: “In any environment, both the degree of inventiveness and creativity, and the possibility of discovery, are directly proportional to the number and kind of variables in it.” Natural settings can potentially be the ultimate loose-parts toy, but this clearly needs children to be free to interact, eg making shelters, digging and planting, playing with mud and water etc.

In general, parents/adults should find ways to offer “controlled risk” experiences for children: “modern life narrows our senses until our focus is mostly visual…By contrast, nature accentuates all the senses”. The skills children develop in assessing and handling natural risks, eg scrambling down slopes, crossing streams, walking on ice, are applicable very widely. Linked to this is the need for children to have interactive sensory experiences, not the passive visual experiences which are now so common.

People and places to learn from

The relevance of green urbanism

The book has a whole chapter on this. Many of the best examples are from the Netherlands, drawn from the book Green Urbanism: Learning from European Cities by Timothy Beatley, who comments that kids in such cities feel much freer and safer too than kids in US cities. Louv points out that “most urban theory ignores non-human species, and that there is great potential to encourage wildlife and increase nature contact through good urban design”: he comments that “landscape urbanism is one conceptual framework”.

Louv highlights the benefits of city trail networks, as in Portland, Oregon, which not only increase contact with nature, but can prevent green pockets from being built on by joining them up in a functional network.

Louv shares the view of other experts that there is good potential for new, nature-linked, sustainable rural settlements to be created.

The spiritual necessity of nature for the young

This is one of Louv’s chapter headings. He quotes the research of Edward Hoffmann, an American psychologist, demonstrating that many children have spiritual experiences, and that “most transcendent childhood experiences happen in nature”. Louv mentions a number of American religious groups, Christian and other, who promote good stewardship of nature, and children’s contact with it, however he admits that these tend to be fringe rather than mainstream.

Paul Gorman, a US expert in this field, says that children’s appreciation of nature largely depends on whether their parents feel this: “the future is not about designing curriculum, it’s about awakening to creation.”

A large MIT study in 1995 concluded “divine creation is the closest concept American culture provides to express the sacredness of nature”. Louv comments that if the MIT report is correct, spiritual arguments for the environment will be far more effective than utilitarian arguments.

Louv hopes that a mainstream movement will emerge to promote these ideas. He is the chairman and co-founder of the Children and Nature Network (www.childrenandnature.org) which aims to promote this. He sees the movement to ban smoking in public places as an encouraging precedent: it arose from the combination of authoritative scientific research with grass roots concern among individuals and local communities.

The UK edition of Last Child in the Woods, by Atlantic Books, ends with a Field Guide, which has been specially researched for the UK, including relevant books, organisations, and potential action points for parents, schools, business etc. A few of the good ideas in this include: 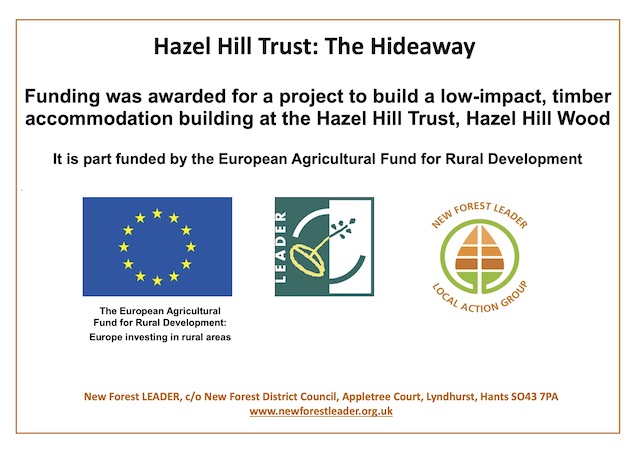